We are proud to say that we are in it for the long haul!

Software as a service and why we do what we do.

Partnering where both parties end up better than when they started.

How we run the company and how we measure success.

Are you an investor or interested in the company?

We are supremely pleased with how the industry has adopted our products.

Here at Gym Insight were just a few people who really love gyms and who really love software. We are a privately held company without outside investors. The products were initially created in 2008 as in-house software to streamline the management of a chain of 5 gyms. After several years of testing, tweaking, and perfecting the software and systems, we decided that Insight could be a commercially viable product. Since we had been eating our own dog food for years we were already in love with the product, but more specifically, we were in love with how the product simplified our daily lives and increased our businesses.

The first test came in 2010 when we installed the products at a struggling small gym that was on the verge of going out of business. Within a year, the gym had grown from slightly less than 300 members to over 1,200 active dues paying members. Needless to say, the transformation was astonishing. A large part of the turnaround was due to the Insight sales tool, which enables even the most sales averse managers to sell like rock stars. After the success of the product in the field and outside of its original home we started talking to other gym owners.

The next big test came in the form of public opinion. When we launched our products to the public we really didn't know what to expect. Needless to say, we are supremely pleased with how the industry has adopted our products. We're very excited for all of the possibilities that the future holds and we're especially excited about bringing new innovations to our industry that will radically transform our customer's businesses.

We are certainly interested in building relationships and strategic partnering. If you or your business are in the same or a similar industry and you feel that there would be a synergy with our people, products, and services please don't hesitate to contact us! We would absolutely love to discuss beneficial partnerships, especially if you share a similar passion for your product or service.

A few common synergy questions we get and their answers:

Q: Do you have an API?
A: Yes
‍
Q: Can we have access to all of your data/customers? [without adding any benefit to your company]
A: No
‍
Q: Will you promote my product/service on your website or blog?
A: We're very careful about endorsements. If you can prove that you provide an exceptional and valuable product or service that will benefit our industry we will whole heartedly endorse it.
‍
Q: I just spent the last day/week/month making this awesome new app. Will you sell it for me?
A: Put in the time, build a loving following, and prove your market. After that contact us, and we'll be happy to take a look!
‍
In case you detected a whiff of sarcasm, the sarcasm was intended. We've spent the last several years slaving over our product and building our customer base one business at a time. We completely and utterly respect what it takes to create a new product or service and how difficult it is to be an entrepreneur and we want to support you in that. However, please dedicate some time to developing your product or service before you ask us to promote it. Enthusiasm is wonderful and quite contagious but mere enthusiasm is not enough to succeed. Success is approximately 90% hard work and 10% luck; I never thought I'd be quoting Ashton Kutcher, but he said something very insightful:

“I believe that opportunity looks a lot like hard work.”
~ Ashton Kutcher

We measure our success in profit.

Because we're acutely aware of the fact that we’re not creating a new market but entering an established one our business philosophy is that of a flashy startup. Rather than raise a bunch of venture capital and run at a high burn rate in order to gain market share we’ve chosen to grow organically. There are several positive aspects to organic growth and certainly a few negative aspects as well. On the positive side: no matter what happens in the market we will never run out of operating capital and be forced to close our doors. On the negative side: running a business and growing slowly isn’t sexy and we probably won't get a ton of press.

Rather than measuring our success by hits, uniques, eyeballs, or some other common vanity metric, we measure our success in profit. It’s an old school boring approach to business and the biggest disadvantage that we will suffer because if it is that should we ever sit across the table from investors or acquirers we’ll be forced to value our company using formulas learned in Finance 101. The very worst thing about being profitable is that your company has a fairly established value range based on the scale of your profits. On the other hand, if we were spending $1mm per month on headcount, advertising, conferences, and fancy office space but we didn’t have a penny in profit we could argue that we’re worth a billion (or two) dollars. I suppose the moral of this story is that if you’re going to build a business whose yardstick is profits, you better be in it for the long haul.

We’re proud to say that we are in it for the long haul. We’re also proud of creating something that helps so many other businesses. If you’re thinking about partnering with us and your business philosophy is similar, we’d be happy to engage with you. If you’re an interested investor you’ll probably be disappointed to learn that phrases like "burn rate" make us feel dirty. If you’re a potential employee, you should be happy to know that if you come work with us you will have job stability and a great opportunity to build a long term career and grow with the company.

Thank you for your interest!

First and foremost: this is not a solicitation for investment and is not intended to achieve anything other than company transparency.

We've now been approached by many investors now. Some investors cover our sector and they just want to know what our yappy little dog of a company is doing popping into funding and strategy discussions. Some want to see if there is any opportunity in us or if we are just the next dead pool fitness industry company. In either case we think it's really cool that a few big time investors even know our name.

The first time we received a call from a big name venture capital firm it was a great feeling. We had always heard that the best way to get investors was to build something great that our customers love and then the investors would come to us. As it turns out, that advice was spot on. We never once solicited investment in any form or fashion but one day, just like flipping a switch, investors were calling us! We've now had conversations with dozens of investors and each time we do we end up forming a relationship that may end up being a future partner. We are very grateful to those who have and who would offer an investment or advice and we thank you for your interest! 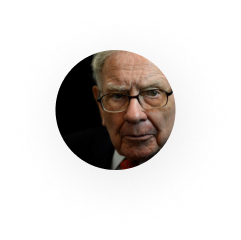 You only have to do a very few things right in your life so long as you don't do too many things wrong.
~ Warren Buffett

If you'd like to pick our brains or just chat, you can reach us by any of the methods below and we will be happy to hear from you.